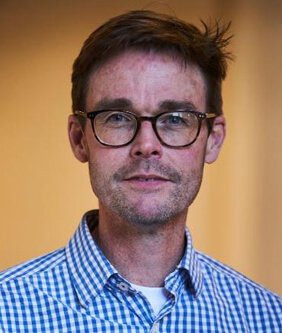 Co-founder and joint Managing Director of Footprint Films, Mark has worked in film and television as a producer since 1993, having trained at the Bournemouth Filmschool in the UK.

The highlights of the first 30 years include working with film makers in Rwanda & Burundi (Africa United) and Kurdistan (with Kurdish filmmaker Kae Bahar, producing Footprint/Joka Films’ drama-short I Am Sami), travelling to some far-flung places Mark never imagined he’d see, and being trusted by extraordinary people to share their real-life stories with the world. What a privilege!

Mark is married to Steph and they have 3 teenage children.